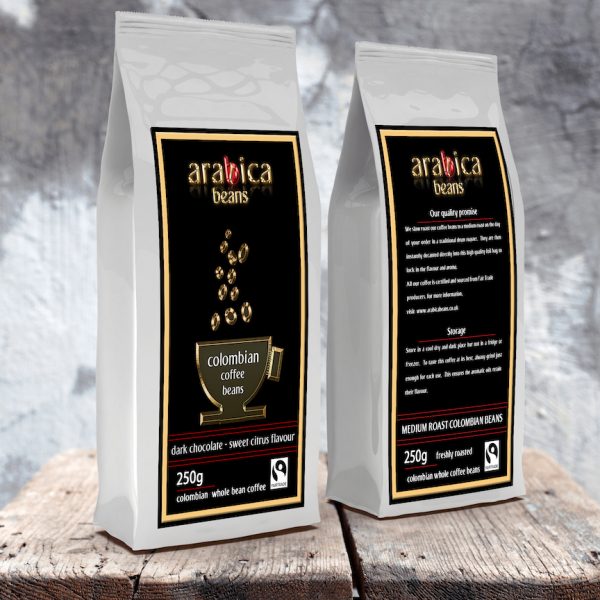 About our Colombian roasted coffee beans Columbia is renowned for its coffee, as are most of the South American countries, and much like the rest of South America, coffee has been grown here for hundreds of years, arriving in Columbia during the mid-16th century. Due to the mythical period in which it was believed it took to grow, many were suspicious of taking up this most fastidious of beverages, but eventually sense won out with the help of a village priest and the planting of only a few coffee trees. It was from here that Columbia was to become one of the most successful coffee producers in the world. South American coffee dominates the world coffee market for a reason, and Columbian coffee is no exception. In this post we take a look at Cundinamarca, and why we believe your palate deserves this most sophisticated of coffees.

Columbian coffee that’s as popular now as it ever was

From the mid-19th century onwards coffee exportation increased exponentially and hasn’t stopped since then in distributing its coffee around the world. Colombian coffee is renowned for its taste and flavour, and due to its clever marketing, it’s stayed on top, despite competition from other countries new to coffee production. Coffee is grown in one of Columbia’s two main regions, which are Medellin and Armenia & Manizales and Bogota and Bucaramanga. This latter region produces coffee that is heavier and richer than the former, where the coffee is rich and balanced.

High altitudes and plenty of shade

Grown at high altitudes they cared the coffee for with great precision and accuracy, making sure it’s well shaded with rich volcanic soil, which provides the coffee with abundant nutritious minerals. As you can imagine then Columbian dark roasted coffee is not only great tasting, it’s full of body, rich and with a taste that comes with an outstanding balance.

What can you expect from Colombian?

Naturally, it comes from the province of Tequendama within Colombia, which is north of Bogota. It’s grown at high altitudes and is made of 3 varieties which are Colombia, Caturra and Typica. The harvesting season is from April through to June and from October to the month of December. Colombian Dark Roast Coffee Beans has a bolder taste yet not giving up on the rich flavour of the famous Columbian coffee. The acidity is less compared to medium roast. The ideal water temperature for brewing would be 180 to 190 degrees Fahrenheit to retain the sweetness.

There are no reviews yet.

This site uses Akismet to reduce spam. Learn how your comment data is processed.